This may come as a surprise, to none of you, but I have made many meals out of cake. Usually I'm too full when the main course is over to even order dessert, so if there is a cake that sounds tasty I'll just have that instead. Is that the correct adult, healthy choice? Absolutely not, but who has an Oreo blog to make people believe that they live a life of nothing but nutritious eating? Not this girl, I can tell you that much. Apparently, our good friends at Nabisco agreed as they released a Carrot Cake Oreo. There are a lot of restaurants near me with dynamite carrot cake (Zingerman's and Metzger's, to start), so I'm a little more than curious to see how this Oreo compares. 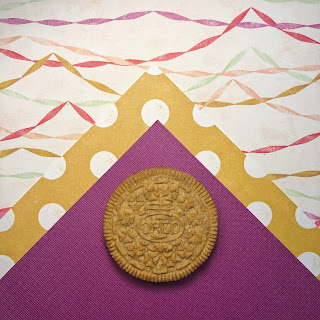 Initial Smell: From the moment you open this package, you are welcomed with the most heavenly smell of carrot cake. You can almost taste the mixture of cinnamon, nutmeg, ginger, and half a pound
of cream cheese frosting. I would be lying if I said I didn't spend a lot of time smelling this package like a complete weirdo.

Whole Cookie: Well, they did it...this a crunchy piece of carrot cake. This is one of the more well thought-out Oreo flavors that Nabisco has ever produced. I don't know that I would change a thing with this cookie. I was initially thinking maybe pieces of nuts in the creme for texture, but that would really limit their market and try to kill those that are used to a nut free product. 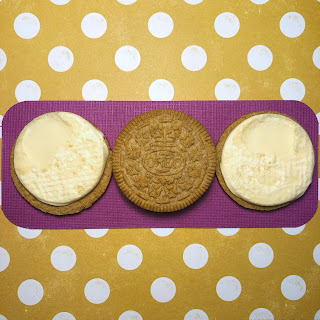 Half Cookie: It seems that carrot cake has the most frosting on it out of any other cake (well, Costco does seem to love themselves some frosting, but that's a different story). By removing the one wafer, you are essentially make it so you're getting that bit of carrot cake that is at the edge, with so much frosting you feel cavities forming mid-bite (best bites in my opinion). I'm super torn on if I prefer it with the extra wafer or not.

Creme Only: This is like eating a tub of frosting, not that I've ever done that (you know that's a lie). They did a really great job of making this creme be a spot on cream cheese frosting.

Overall: This is an amazing cookie. I hope whoever came up with this flavor combination got a raise. Being a huge fan of carrot cake, I could see myself eating an entire row of these while binge watching Game of Thrones (have to re-watch each episode before the final season starts, right?).